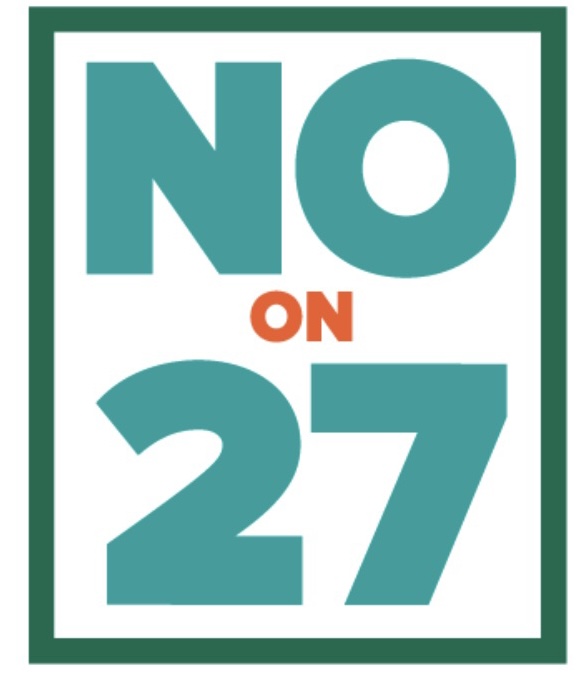 In 2022, Garry South was engaged by the San Manuel Band of Mission Indians to serve as a communications-strategy advisor for Californians for Tribal Sovereignty and Safe Gaming, the primary campaign committee established to defeat Proposition 27 on the November ballot. Prop. 27, qualified and financed by major out-of-state sports-betting corporations, sought to legalize online sports wagering in California, with 90 percent of the profits accruing to the out-of-state companies. As a fig leaf to cover their attempt to convince voters the measure would benefit California, the sponsors ran a deceptive campaign claiming it would address and reduce homelessness in the state. They also cynically recruited several small, non-gaming tribes to be a public front for the effort, using sad-appearing members of those tribes to claim Prop. 27 would also benefit them — ads paid for not by the tribes, but by the gaming corporations themselves. The “no” campaign took on the measure from a variety of angles, aggressively exposing the deceptive claims and inflated promises of the sponsors. In the end, voters saw through the self-serving flim-flam of the sponsors and defeated the measure by an overwhelming margin of 18-to-82%. The more than $170 million spent by the disingenuous companies to make Prop. 27 look like a homeless initiative turned out to be a bad bet — and not nearly enough suckers to fall for it.