Garry South, Principal of Garry South Consulting, has been called the “Carville of California” by The New York Times and “one of the top political strategists in the Democratic Party” by DailyKos.net, one of the nation’s most influential political blogs. Newsweek described South as “a one-man brain trust on the battlements of Fort California.” The National Journal finds him “shrewd and widely feared.” The Hotline labeled South the “über California Democratic strategist.” Capitol Weekly in 2011 named South one of the Top 50 most influential political players in California. In January 2014, he was designated “Insider of the Week” by The Sacramento Bee. 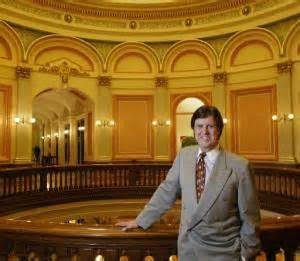 South has more than 40 years’ experience at very high levels in government, politics, and business consulting. He has worked for both the federal government and state governments in three different states, including as Special Assistant to a U.S. Cabinet Secretary, Senior Political Advisor to a Governor, Communications Director to another Governor, Chief of Staff to a Lieutenant Governor and Public Information Director of a State Legislature. In addition, he has managed or played leading roles in campaigns for President, U.S. Senate, Governor, Lieutenant Governor, State Legislature, County Executive, County Supervisor, Mayor, and City Council, and also served as Midwest Regional Finance Director of the Democratic National Committee.

In 1998, The Sacramento Bee called South the “mastermind behind the come-from-behind victory of [Gray] Davis” as the first Democratic Governor of California elected in 20 years, only the fourth in the entire 20th century. Davis also was the first California Lieutenant Governor in 72 years to be elected Governor in his own right – and the only Democrat in California history ever to do so. The non-partisan California Journal described South’s work as “stunning,” crediting him with “one of the greatest resurrections in California political history.” For his achievement, he was named “Campaign Manager of the Year” by the American Association of Political Consultants, an honor he shares with Karl Rove, James Carville, and the late Lee Atwater. In 2002, he directed Davis’s reelection effort, helping Davis become only the third Democratic Governor in the state’s history to win a second four-year term – and the only one not named Brown.

South was Senior Advisor to the Steve Westly for Governor primary campaign in 2005-06, and in 2003-04 served as Senior Advisor to the Joe Lieberman for President campaign. In 2000, South was a top advisor to Al Gore’s California presidential campaign, which won the primary over former New Jersey Sen. Bill Bradley 80-20, and carried the state over George W. Bush by 12% and 1.3 million votes. He also managed Gray Davis’s winning campaign for Lieutenant Governor in 1994, helping Davis win more votes than any other Democratic candidate in America that year.

In 2016, South was Lead Strategist for the Prop. 61 campaign, the first statewide ballot measure in the nation that sought to lower prescription drug prices. Despite being outspent by the drug companies by nearly 5-to-1, Prop. 61 lost only by a 53-47 margin – and carried many of the big counties, such as Los Angeles, San Francisco, Alameda, Contra Costa and Santa Clara. In 2014, he was a key strategist for the No on 46 campaign, which handily defeated an attempt by the trial bar to raise the longtime state limits on “pain and suffering” awards in personal injury lawsuits. In 2004, he was a key strategist on the successful No on 67 (phone tax) campaign, working for a coalition of telecommunications providers, and the winning No on 68 campaign, which overwhelmingly defeated an attempt to place slot machines at racetracks and card clubs in urban areas. In 2000, South was Lead Strategist for the successful statewide school-bond-threshold measure, Prop. 39, funded primarily by the business and high-tech/venture capital communities, and also advised the winning water and parks bond campaigns that year.

A specialist in the political use of radio, South has won numerous national Pollie awards for his radio commercials and has written and lectured widely about the subject. (Click here to learn more about Garry South and his experience with political radio.)

In addition to his campaign work, South also has been a consultant to many major corporations and business organizations, including Sony Pictures, AT&T, DentaQuest, Ameriquest, JM Eagle (the world’s largest producer of PVC pipe), East West Bank, Cooperative of American Physicians, City of Hope, Majestic Realty (one of the largest commercial real estate firms in Southern California), and the California Tribal Business Alliance, advising them on public messaging and positioning, and political and public-policy strategies. He also advised the New Coliseum Venture, a consortium of major financiers that sought to obtain an NFL franchise for Los Angeles, and the Lytton Band of Pomo Indians in their attempt to build a major casino in the Bay Area city of San Pablo. South also has been a consultant to public-affairs firms Burson-Marsteller and Porter Novelli, advising their staffs and clients on public policy and political issues.

He is a former Vice President of Political Communications for the National Association of Realtors in Washington, DC, the nation’s largest business trade association, where he directed the organization’s political and issues communications and managed its independent expenditure campaigns in congressional and U.S. Senate races throughout the country. South is a member of the Council on American Politics of George Washington University’s Graduate School of Political Management, where he has funded a scholarship for deserving students. South also is a regular contributor of opinion pieces to major publications such as Politico, The Huffington Post and the Los Angeles Times, and a frequent guest commentator on NPR and Los Angeles and Bay Area radio stations.

A native of Montana, South graduated with honors from the University of Montana, where he served as Student Body President, was Feature Editor of the daily student newspaper, the Montana Kaimin, was elected to Phi Alpha Theta, the honorary society for history majors, and was unanimously selected by his peers to Silent Sentinel, an honorary fraternity for the top 12 outstanding senior men. In 2008, South was named recipient of the University’s Distinguished Alumni Award.