My turn: Not to say I told them so, but I did tell CA Republicans so

There’s a hoary, but self-evident, saying in retail, “You can’t sell cat food if cats don’t like it.”

The California Republican Party on life-support should take that maxim to heart, but it probably won’t.

In 2013, when former state Sen. Jim Brulte took over the chairmanship of the state Republican Party, he asked me to speak to the party’s board of directors in Ontario and give my unvarnished Democratic view of why the GOP was on such a downward spiral. Brulte is a trusted friend and so I accepted this Daniel-in-the-lion’s-den assignment.

After the groans died down, I pointed out that in 1922, Republicans constituted 63 percent of the California electorate. Before the 2012 presidential election, GOP registration had fallen to 29 percent. Now, it’s less than 24 percent. 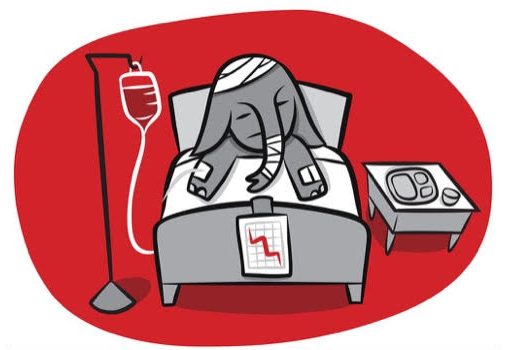 My point was that if any business had lost market share that drastically, it would likely be out of business. Blockbuster video-rental stores used to be ubiquitous, but the company ceased operation altogether that same year, in 2013. Why? It failed to adapt as consumers moved en masse to streaming video services, and pay-per-view.

Marketing a political party is not exactly the same as selling cat food or hawking DVDs. But for a party to remain viable, it has to reflect and propound a philosophy and policies that resonate with at least a reasonable share of voters in that party’s playing field.

If the California Republican Party were operating in Wyoming or Mississippi, I’m sure it would be doing just fine. But in California, where it is woefully out of synch with a majority of voters on critical issues, the death rattle is becoming deafening.

Why are California Republicans so misaligned with voter sentiment? I have a theory: They delude themselves into believing there is a silent conservative majority out there somewhere, if only they can put up the right candidates.

This fantasy was brought home to me 20 years ago when I was managing Gray Davis’s gubernatorial campaign against Republican Atty. Gen. Dan Lungren, an unreconstructed right-winger.

National political reporters came out to cover the race in the biggest state. One of them reported to me a conversation he had with Lungren that went something like this:

“Let’s see, you’re anti-abortion, in a state that is strongly pro-choice. You’re anti-gun control in the state with the strongest gun laws in the country. You’re pro-offshore drilling in a state where even the current Republican governor opposes drilling off the coast. And you refused to sue the tobacco companies as the attorney general of the state with the second-lowest smoking rates in the country. How do you think you’re a good fit for California?”

To which Lungren replied, Oh, you don’t get it, Californians are more conservative than they even know!

This response fairly sums the Republicans’ view toward the electorate, and why they keep chasing the imaginary conservative coalition.

I grew up in and cut my political teeth in Montana, where hunting and fishing are considered an unalienable right, and where even the last Democratic governor kept guns in a gun rack in the governor’s office in the Capitol. In the Big Sky state, gun control is anathema to a majority of voters, even most Democrats.

I have known every Democratic senator from Montana in my lifetime, from Senate Majority Leader Mike Mansfield to Sen. Jon Tester. I don’t know exactly what was in their hearts, but as mainstream Democrats with a progressive bent, I suspect if they were senators from New Jersey or California, they would have been strong proponents of gun-control measures. But to succeed in Montana, they had to give up that issue in order to gain the consent of the governed.

If the California Republican Party is not willing or able to give ground on at least some issues where its position is afoul of a majority of voters in the state, it will continue its decline into irrelevance.

And if Republicans think a state party can’t actually disappear as a viable force, look at the Democratic Party in some of the formerly solid Democratic Southern states. There is not a single statewide elected Democrat in the state of Texas, and now only three Democratic U.S. Senators in the whole of the old Confederacy.

The choice is yours, California Republicans. And I told you that six years ago, before your latest electoral debacle. In politics, as in retail and the natural world, it’s either adapt or die.

Garry South is a Democratic political strategist who managed Gray Davis’s successful campaigns for governor in 1998 and 2002, garrysouth11@gmail.com. He wrote this commentary for CALmatters.