In 2014-15, Garry South was hired by DentaQuest, the nation’s largest dental-benefits administrator in Medicaid, to design and execute a hard-hitting public-information campaign focusing on the woeful deficiencies of Denti-Cal, California’s version of Medicaid’s dental programs for low-income children. South put together a broad-based coalition of highly credible organizations in the children’s health space, including Children Now, The Children’s Partnership, the Center for Oral Health, The Children’s Dental Center of Greater Los Angeles and the Latino Consumer Federation to support the effort, which South called the Campaign to Save Kids’ Teeth. The campaign employed shock-value full-page newspapers ads under the theme “Something to chew on,” in both English and Spanish, throughout California, as well as a significant social media presence and pressure on state legislators, to raise alarm about Denti-Cal’s inadequacies and failures. A significant earned-media program was also executed, which included authoring an opinion piece that was published in The Sacramento Bee by Assembly Health Committee Chair Asm. Rob Bonta, laying out the problems with Denti-Cal. 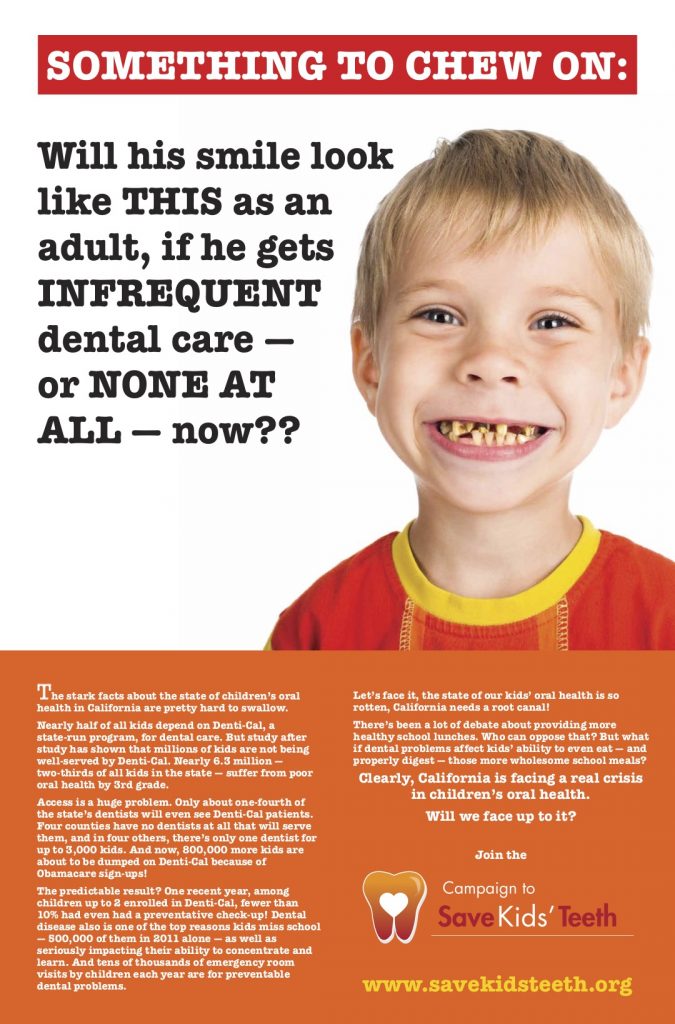 This aggressive campaign led to legislative oversight hearings in which Denti-Cal’s poor record was blasted, a highly critical audit of Denti-Cal by the State Auditor (link below), as well as a full-bore investigation, including public hearings, by the Little Hoover Commission, the state’s government watchdog agency. The Commission issued a scathing report that described Denti-Cal as “among state government’s greatest deficiencies” and for “falling disastrously short” in its mission of providing dental care to one-half of the state’s children (link also below.