By Joe Hallett For The Columbus Dispatch

Every dime that Jerry Austin collected for the presidential campaign of Sen. Edward “Ted” Kennedy at the 1968 Democratic National Convention in Chicago ended up going for bail.

Until then, Austin had suffered through a nominee identity crisis, first supporting Minnesota Sen. Eugene McCarthy, then becoming a driver for South Dakota Sen. George McGovern’s campaign, and finally being persuaded by his friend, Richard F. Celeste, to support Kennedy.

In short order at the convention, Austin raised $10,000 for Kennedy, who abruptly pulled out, leaving Austin and Celeste literally with a garbage can full of money. Their recourse: contribute it to a bail fund for thousands of jailed protesters.

Austin recounts this adventure and others in his new book, True Tales from The Campaign Trail: Stories Only Political Consultants Can Tell. Published by the University of Akron Press, it features 86 chapters written by 30 national political consultants. 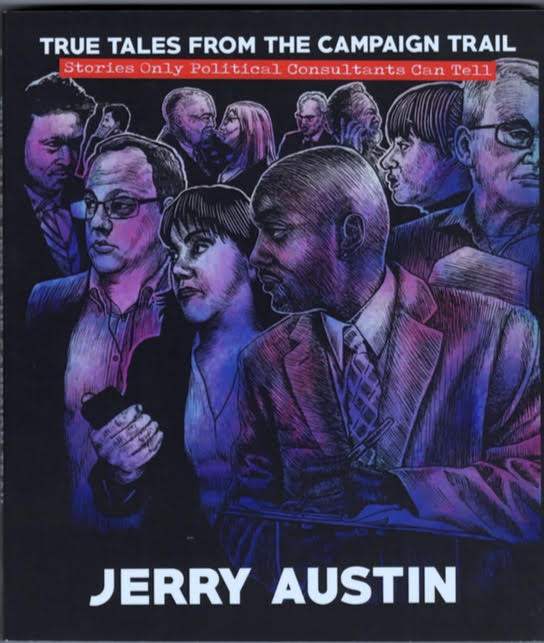 Austin will sign copies of the book at the Statehouse Museum Shop on Wednesday from 11 a.m. to 2 p.m. The “Taste of Ohio” event also will feature former Statehouse reporter William Hershey and University of Akron political scientist John Green signing their new book, Mr. Chairman: The Life and Times of Ray C. Bliss.

Also at the book-signing event will be Ian Adams and Randall Lee Schieber with their book, Ohio in Photographs: A Portrait of The Buckeye State.

One is the story of how Austin persuaded legendary Coach Woody Hayes to cut a TV commercial for a former player, Ben Espy. It was the first time that Hayes, a staunch Republican, had endorsed a Democrat, helping Espy win a seat on Columbus City Council.

Garry South, who once served as Celeste’s spokesman, confesses his naivete as a young political worker from Montana who interpreted a request from black pastors in Chicago for campaign “street money” as a plea for local road funding.

John Toohey recalls coordinating a chaotic trip to Brussels for Vice President Al Gore. During a hotel meeting with Gore and others, a tired and frustrated Toohey blew his top and pinned a young man he thought was a staff member against the wall for continually tugging on his shirt sleeve.