Will Donnelly’s Candidacy Deal a Deathly Blow to the State GOP?

By Garry South, Special to The Bee 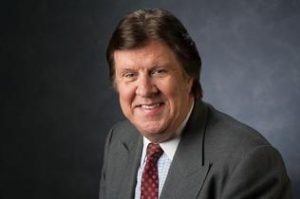 Democratic Political Consultant Garry South in studio at The Sacramento Bee in Sacramento on Wednesday, April 17, 2013.

Let’s face it, we already know who the next governor of California is going to be. Come 2015, it will still be Jerry Brown. New boss, same as the old boss. He won his 2010 race by a solid 13 percentage points against a national-record $180 million spent against him by Republican Meg Whitman.

Now, Brown’s popularity is surging, he is drawing national acclaim that would make a lesser politician blush, and he’s sporting a record of doing exactly what he said he would do so far in his second go-around as the state’s chief executive. The wily survivor Brown could be on track to finish with an unheard-of 65 percent to 70 percent of the vote in November. If Mother Teresa or Nelson Mandela came back from the dead, they couldn’t beat him.

So the only real question is which sacrificial lamb will emerge as the Republican candidate against Brown – and how much collateral damage that candidate may do to the beleaguered GOP. Thirteen days from today, California will hold its first-ever top-two primary for governor, and six other statewide offices. The two highest vote-getters, no matter their party or the spread between them, will have a one-on-one runoff in November. Here’s why this could be a near-death experience for state Republicans, already reeling from massive election losses in 2010 and 2012, and down to the lowest percentage of registered voters – 28.55 – in the state’s history.

Brown will certainly finish first in the primary by a large margin. On the Republican side, the two main candidates are state Assemblyman Tim Donnelly and former Bush Treasury official Neel Kashkari, both neophytes making their first run for statewide office. In a Field Poll last month, Donnelly was second to Brown with 17 percent, while the unknown Kashkari, although clearly the panicked Republican establishment’s favorite, has been struggling to raise money and increase his exposure and had only 2 percent.

Donnelly, who parenthetically bears an unsettling resemblance to Festus in the old “Gunsmoke” TV series, by just about any measure would be one of the most radical candidates ever to run for governor as a Republican. In fact, one would probably have to go all the way back to former superintendent of state schools Max Rafferty in the 1960s to find a Republican general election candidate as far to the right – and as vitriolic about it – as Donnelly.

How off-brand, off-message and off-putting is Donnelly? Consider some key exhibits.

In the mid-2000s, he joined the anti-immigrant Minuteman movement as a border vigilante. In a videotaped speech to a 2006 anti-immigrant rally, Donnelly’s harangue compared Mexican immigrants to Islamic insurgents in Iraq, claimed that two-thirds of all gang members in the U.S. were here illegally, asserted that 20 percent of those here illegally were rapists, murderers, child molesters and/or terrorists, and compared the effort against illegal immigrants to the Civil War.“We are on the brink of a battle,” he warned, “the likes of which this nation has not seen since 1861.”

When Donnelly was elected to the Assembly in 2010 from an isolated district in San Bernardino County, he declared he was going to Sacramento to “start the war” – presumably against the majority Democrats. “I’m going to reach across the aisles … and annihilate them and pound them into the ground,” Donnelly promised.

In 2011, Donnelly brought the state senator who authored Arizona’s draconian anti-immigrant law to the Capitol in Sacramento for a rally. Most of the law was eventually overturned by the U.S. Supreme Court,and the Republican state senator, who was also president of the Arizona Senate, was recalled by voters in his own district. But it didn’t stop Donnelly from introducing a similar measure in the Assembly.

In 2012, as an incumbent Assembly member, he was stopped and arrested at Ontario airport for trying to carry a loaded .45 pistol onto a flight. The anti-gun-control Donnelly, who’s been campaigning heavily at gun shows around the state, does not a have a permit to carry a concealed weapon and is now banned from using any firearm not registered to him.

Recently, Donnelly was the single vote in the Assembly – 72 to 1 – against a ban on selling any items with a representation of the Confederate flag in state-owned gift shops or on state premises.

I could go on and on, but I would repeat myself. And by now, you get the drift.

If Donnelly is the second-place finisher, as is likely, and moves on to November to face Brown, he will be a gift from heaven to Democrats trying to restore their two-thirds majority in the state Senate, and hang onto their supermajority in the Assembly in this low-turnout non-presidential election.

Why? Because if Democratic legislative candidates are smart – and they are – they will make Donnelly a centerpiece of their campaign. How? By demanding that their GOP opponent either say they are voting for Donnelly, and thereby align themselves with his far-right views that are completely out of sync with most California voters. Or, distance themselves from him and denounce those views, and thereby risk alienating their own conservative Republican base voters.

In other words, tea party darling Donnelly would be the perfect foil for Democrats in competitive and marginal seats. They should make Donnelly into the Barry Goldwater of 1964 or the George McGovern of 1972, in which candidates of both hapless nominees’ parties were falling all over themselves to skitter away from them and save their own political skins. Brown himself could assist this effort by using what will be probably be a $30 million to $35 million war chest to help point out Donnelly’s extremist views, instead of just ignoring him like a fly at a picnic.

The California Republican Party assiduously has been trying to rebrand itself, particularly among minorities, after suffering massive losses of voters and elections, and after former GOP Gov. Pete Wilson alienated the state’s fast-growing Latino population (currently nearly 40 percent of the state) by riding the anti-immigrant Proposition 187 to a come-from-behind victory in 1994.

This is the 20th anniversary of that watershed event, which fundamentally changed California politics and rendered Republicans here increasingly uncompetitive and irrelevant. If the GOP follows that up with the rabidly anti-immigrant Tim Donnelly as a candidate for governor, they can say adios to any meaningful attempt to rebrand the party for a long time to come.

Garry South is a longtime Democratic strategist and commentator who managed Gov. Gray Davis’s campaigns in 1998 and 2002.