Why the Public is Big on Davis

Never mind that Gov. Gray Davis is the first Democrat to occupy the statehouse in 16 years and that he is enjoying high approval ratings from the voters. 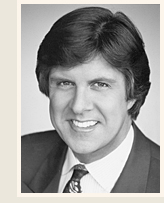 Because he is governing as a moderate New Democrat, he is under fire from his party’s left wing.

Some legislative leaders are unhappy the governor refused to embrace a plethora of social legislation supported by Democratic legislators and the party’s liberal interest groups. Some African American and Latino leaders are angry about his centrist course, and specifically his decision to seek court-supervised mediation of proposition 187 (which Davis strongly opposed in 1994) rather than drop the stat’s appeal of the initiative altogether.

“When you start making sacrifices to any body other than your base,” San Francisco Mayor Willie Brown Jr. said at the state Democratic Party Convention in an implicit warning to Davis, “you are running the risk of losing the enthusiasm of your base and ultimately the loyalty of your base.”

Davis’ critics argue that be keeping his oft-stated campaign pledge to govern “neither from the right nor the left” but as a moderate, he risks offending minority voters who were responsible for his land slide victory last fall and thereby undercutting his core electoral support.

They are wrong, on two counts.

In a survey by San Francisco Examiner and KTVU-TV just weeks after the brouhaha over his Proposition 187 decision, 75 percent of Latino voters rated the governor’s performance as “excellent or good.” “Despite being called a traitor over his handling of Proposition 187,” the paper wrote, “Governor Davis’ reputation appears to have thrived among California’s Latino population.” His performance ratings among black and Asian voters are similarly positive.

Despite all the orchestrated caterwauling, there simply is no evidence that black, Latino or Asian voters view Davis’ moderate course as antagonistic to their concerns and aspirations. And why should they?

When asked to articulate the Latino agenda, Lt. Gov. Cruz Bustamante, the stat’s highest-ranking Latino official, replied: “Better schools and better education for our children; better jobs; safer neighborhoods so that the children and all out families, no matter what out background.” That sounds pretty much identical to the agenda Davis is fighting for.

Second, while Davis did enjoy strong support from minority voters last fall, they represented just part of the extraordinarily broad political base he constructed. To the chagrin of many liberals, Davis won the governorship precisely because voters saw him as a centrist Democrat, not in spite of it. That enabled him to win support among key groups voters and in regions of the state that have soundly rejected recent Democratic gubernatorial candidates.

The latter is a feat other recent Democratic candidates could not pull off. In her 1994 race for the state house, for example, Kathleen Brown won overwhelmingly among black and Latino voters. But Anglo voters made up 75 percent of the electorate, and Brown lost them two to one. She also lost middle-class voters — 63 percent of the electorate — by 18 points, moderates by eight points and independents by nine. The results: She was overwhelmed 55-40 by Gov. Pete Wilson.

In 1998, Anglo voters still represented 74 percent of the electorate. Unlike Brown, however, Davis not only carried a majority of Anglo voters, nearly two of every three votes he won came from Anglos. He also won 55 percent of middle-income voters (and 54 percent of upper-income voters, as well), two thirds of moderates — who made up half of last year’s electorate — and a solid 18-points advantage among independents.

Davis’ ability to win middle-income and even upper income voters in fact, he won a majority of voters in every income category — was critical to his victory. That’s because California voters, like voters across the country, are rapidly becoming more affluent. Last year, 5 percent of California voters had family income of more than $50,000, 12 percent more than just four years earlier. And, more of the state’s voters had family incomes over $75,000 and 27 percent had income under $30,000.

Equally important to the governor’s victory was his ability to do well in areas of the state where Democrats usually do, Davis cleaned up in traditionally Democratic areas, winning 66 percent in Los Angeles County and a whopping 80 percent in san Francisco. But he also win the Central Valley and capturer three of the large. Fast-growing and Republican-trending Southern California counties — San Bernardino, Riverside and San Diego. Recent Democratic gubernatorial candidates — Brown in 1994, Dianne Feinstein in 1990, and Tom Bradley in 1986 — lost all those areas by large margins.

In addition, Davis won 45 percent of the vote and came within seven points of his opponent, Dan Lungren, in the vote rich Republican bastion of Orange County. In comparison, Bradley won just 27 percent in Orange County, Feinstein 33 percent and Brown 28 percent — all losing the county so overwhelmingly that they could not male up the deficit in other parts of the state.

The bottom line is the: While Davis’ electoral base clearly includes strong majorities of traditional Democratic voters, it is demonstrably much broader than that. It has to be. As the experience is recent gubernatorial races has demonstrated, the days are long past when a Democrat can win the statehouse by attracting only traditional Democratic voters.

As a candidate, Davis ran on a moderate, New Democratic platform. He pledged to improve our public schools, get weapons of war off our streets, keep our economy strong, protect our environment, repair our decaying public infrastructure and lower the decibel level after eight years of wedge-issue politics in Sacramento. Voters across the state and from all parts of the political spectrum responded positively to that agenda.

As governor, Davis’ challenge and responsibility is to govern as he campaigned. If he does, he will continue to win broad-based support from California’s 32.5 million citizens — even if some of those on the left of his own party haven’t quite figured out why.