Why Democrats Are Thankful: The Youth Vote Has Arrived 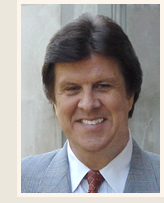 In “Twelfth Night,” Shakespeare reminds, “Youth’s a stuff will not endure.” But given what has been happening to the Republicans among the youngest voters, their resulting electoral problems could indeed endure for 20-30 years.

On November 4, the youngest cohort of voters, 18-29, gave Barack Obama a blow-out 66-32 win. It was by far his biggest margin among any age group. John McCain, by contrast, won only the over-65 set. And since the 18-year-old vote was established in 1972 (on which as a college kid I went to Washington to lobby my home-state senator, Majority Leader Mike Mansfield), this is the first time the youngest cohort of voters has comprised a larger share (18 percent) of the total electorate than the oldest group (16 percent).

This complete GOP wipeout among young voters has been brewing for some time, and the Republicans should have seen it coming. In 2000, Al Gore barely won the youngest voters 48-46. Four years later, John Kerry, not exactly a kid himself at 60, took the 18-to-29 set by a margin of 54-45 over George W. Bush. In 2006, when the Democrats took back the House and Senate, the youngest voters backed Democrats 60-38 – the highest among any age group. And now Obama pushed the margin to 34 points.

Signs of disaffection with Republicans among young people have been rampant for the past several years. In a national survey of young voters in May of last year, the polling firm Greenberg Quinlan Rosner found a “Republican collapse among young Americans.” When asked which party pays more attention to issues that affect young people, the Democrats were preferred by an eye-popping 60-21 over the Republicans.

And on every single issue polled, these young voters sided with Democrats – including, astonishingly, the federal budget (55-30) war on terrorism (55-34), taxes (50-37), and the gun issue (44-40), all traditional Republican terrain. Among the Republican contenders at the time, only Rudy Guiliani had a net-favorable rating (McCain was 28-36 unfavorable) while both Obama and Hillary Clinton were viewed positively.

I shared these data with some of the more pragmatic operatives of Gov. Arnold Schwarzenegger, who were aghast, understanding the implications for the future of the Republican Party and its candidates. A couple weeks later, Schwarzenegger gave a speech to the state Republican convention in which he warned that the GOP was “dying at the box office,” and noted that 80 percent of young people believed in global warming as human-caused vs. the Republican Party’s official skepticism about the phenomenon.

The Republican governor of California, and California Republicans in general, have particular reason to be worried. Here in the Golden State, 18-to-29-year-old voters gave Obama an even bigger margin – 76-23. And first-time voters, which encompass many of the youngest ones, voted for Obama 83-16. It doesn’t get much more definitive than that. Where, oh where, are the GOP voters of the future?

Surveys also showed that the youngest voters were perhaps the most excited and involved of all in the 2008 presidential campaign. A Rassmussen survey in November of 2007 showed that 77 percent of 18-to-29-year-olds were watching the primary debates – the highest percentage among any age group. Another survey found that 74 percent of this cohort said they were paying close attention to the presidential race (as compared to only 13 percent in 2000 and 42 percent in 2004).

But in the face of this unprecedented youthful engagement and interest in presidential politics, plus the obvious recent youth-vote trend toward Democrats, the Republicans put up a 72-year-old man who admitted he doesn’t even know how to get on the Internet – against a 47-year-old guy who will be tied (with Grover Cleveland) for the third-youngest president ever elected and whose victory was largely driven by the Internet. This is the widest age difference in American history between the nominees of the two major parties. Probably the widest Internet-literacy differential, too.

You’ve truly got to wonder about a party that in two of the last four presidential elections nominated septuagenarians with a history of major health problems, both products of the first half of the last century (Bob Dole was born in 1923, McCain in 1936). Even Bush the Elder was a ripe old 68 when he was demolished by 46-year-old Bill Clinton in 1992. Take all this into account, and the Grand Old Party certainly has earned the “old” part in the last couple decades. These are the faces of the party of the future? This is how a party appeals to the next generation of voters?

As the Greenberg Quinlan Rosner poll pointed out, this year young people 18-31 numbered 50 million, bigger than the baby-boom generation. And by 2015, they likely will constitute one-third of the electorate. It called this demographic shift a “looming disaster” for Republicans, because partisanship and voting patterns are habit-forming: “This [generation] has the numeric strength to change American politics for the next 20 to 30 years.”

Of particular concern to Republicans should be that the fastest-growing demographic group in America is Latinos, and according to the U.S. Census Bureau, this population is the youngest of all – a median age of only 27.6, compared with 36.6 for the population as a whole. And despite Bush making some progress with Hispanic voters in 2004 (40 percent), McCain lost Latinos 67-31, notwithstanding his advocacy of immigration reform.

Curiously, the oldest man ever elected president, Ronald Reagan, did very well among young voters. In fact, his second-best vote margin in 1984 was among 18-to-24 year-olds. And those voters have largely stuck with their Republican voting tendencies over the past 25 years. The only Democratic president these voters remembered at the time was Jimmy Carter, who struck them as a weak and failed chief executive.

Likewise, George W. Bush has been the biggest turn-off to today’s youngest generation of voters. His strident social conservatism and naked appeals to the religious right are anathema to these more broad-minded, socially libertarian voters. His rank incompetence on issues from Iraq to Hurricane Katrina to veterans’ care, not to mention his saber-rattling militarism, have made him an object of scorn and derision among young voters (older voters, too, of course, as polls make clear).

But don’t take it just from me, a Democrat. Bush’s own chief strategist in 2000 and 2004, Matthew Dowd, famously broke with Bush late last year, and criticized his former boss for, among other things, losing young voters. In February he told the National Journal: “If you look at Ronald Reagan and how he performed among youth, he created a generation of [young] Republicans that was able to sustain itself. What Bush has done in his presidency is almost the opposite: He has won elections and lost a generation… the reverse of Reagan.”

So there you have it. Perhaps the main thing Democrats have to be thankful for this Thanksgiving is that a turkey named George W. Bush has perhaps locked the Republican Party into a losing mode for a generation to come. Gobble, gobble.