By Tony Quinn and Garry South, Special to The Bee 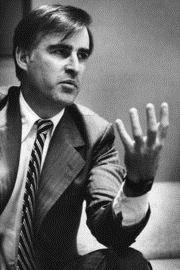 When Jerry Brown takes the oath of office as governor for the third time in January, he will have a Legislature – to be sworn in Monday – controlled overwhelmingly by his own party, just as he did 36 years ago. But that may be about the only thing he’ll recognize about the legislative branch, which bears no resemblance to the stable chambers filled with bipartisan veterans and strong leaders that Brown dealt with during his first go-around.

The imposition of term limits in 1990 – eight years after Brown left the governorship – and the campaign contribution limits contained in Proposition 34, approved by the voters 18 years after he left office, have radically changed not only the faces, but the dynamic, realities and power centers of the Legislature.

The first time Brown was governor, there were dozens of experienced legislators who had served for decades, including during the governorship of his father, Pat Brown. Many of the Democrats and even Republicans still had fond memories of Brown the elder, who had been out of office only eight years when his son was elected.

In addition, the Republican minority leaders in 1975, Sen. George Deukmejian and Assemblyman Bob Beverly, like their Democratic counterparts, were senior legislators. Deukmejian was elected to the Assembly in 1962, serving in that chamber during Pat Brown’s second term, and Beverly had already been in the Assembly eight years.

As an example of that Legislature at work, the 1975 budget passed on time – Brown signed it into law July 1, 1975. The Assembly vote was 67-11; the Senate vote was 32-5. This bipartisan budget cooperation was due in part to the budget committee chairs, well-liked Tony Beilenson in the Senate and moderate Democrat John Foran in the Assembly. Both men had served in the Legislature under Pat Brown.

That budget tells us a lot about what to expect from Brown in 2011. Ed Salzman, writing in the August 1975 California Journal, noted that Brown “personally made each of the hundreds of decisions in writing the spending bill,” calling Brown “his own finance director.” He got away with this because he and his family had a relationship with the senior legislative leadership, and they allowed him to be an activist in the budget process.

Will that be true in 2011, with many members of the Legislature having been born after Brown was elected governor the first time, and virtually none of them having any personal recollection of Pat Brown?

Following the 1975 budget, Brown wrote to his agency secretaries and department heads, “I intend to take every step possible to avoid a general tax increase in fiscal year 1976-77. Accordingly, new programs which cost money require corresponding reductions in other programs.” Brown got away with this Republican-sounding edict because California then had a budget surplus. But with Democratic legislative leaders now trolling the waters for a tax increase to save their most precious programs in the next budget, would such a Jerry Brown proclamation succeed in 2011?

The ballot measure approved by the voters in November that reduces the legislative vote to pass a budget from two-thirds to a simple majority may help Brown achieve an on-time budget. But it also means he likely will have to depend strictly on program-protecting Democrats to approve the budget and can’t use program-cutting Republicans as a foil against them, as he could in his first two terms.

Brown also will face a world of instability caused not only by term limits but also the increased polarization of California politics. Since 1995, there have been 11 speakers of the Assembly. Gov. Pete Wilson ran through six speakers just in his last four years in office. Govs. Gray Davis and Arnold Schwarzenegger were forced to deal with three different speakers each.

The Democratic legislative leaders Brown will find are Senate President Pro Tem Darrell Steinberg, and Assembly Speaker John A. Pérez, both elected to their leadership posts as freshmen (Steinberg also served in the Assembly from 1998 to 2004) and just elected to their second terms in their respective chambers.

On the minority side, things are no better – and actually worse. Just since Davis exited the Capitol in 2003, there have been five Republican leaders of the Senate. In the Assembly, we are now on our seventh GOP leader since Davis left office, the Republican caucus having just switched its leader again last month, resulting in four different Republican Assembly honchos in the last 18 months.

This game of musical chairs among legislative leadership, and the relatively green individual legislators in the world of term limits, means a governor today has little personal bond or long-time relationships with those who head the chambers, let alone rank-and-file members – nearly a third of whom turn over every two years. And he sometimes doesn’t even know who he will be dealing with just a few months down the road, let alone for the duration of his term.

But it is not just term limits that contribute to this instability. There is far less willingness to compromise in either party than there was 36 years ago. Both parties are much more partisan than they were three decades ago, and independents have little say in electing legislators today. Brown can hope that the “top two” open primary and new, independently drawn legislative districts, both in effect as of 2012, may dispel some of this partisan bile, but it won’t happen overnight.

A further weakening of the Legislature comes about because of the campaign contribution limits now in effect. There were no limits when Brown was governor before. The Senate president pro tem and Assembly speaker, as well as the minority leaders, raised vast amounts of money and doled it out at their discretion to favored incumbents and candidates. It was an effective tool to keep members in line once they arrived in Sacramento, and it allowed leaders to actually lead.

Under Proposition 34, a legislative leader is restricted to making no more in contributions to his party’s candidates than any other citizen or entity – it was $3,900 in the 2009-10 election cycle. This has effectively shorn legislative leaders of much of the financial power over their members and party candidates that they enjoyed before these ridiculously low limits were imposed. The balance of power has swung from legislative leadership to special interests on both sides of the aisle with money to burn and axes to grind, and who can throw hundreds of thousands of dollars into determining the outcome of individual races through independent expenditures.

During the campaign, Brown rightly promised to bring legislators of both parties together to work on the daunting challenges faced by the state, including our annual multibillion-dollar budget deficits. He no doubt would like to replicate his 1975 budget experience – on-time passage with broad bipartisan support. But that will be more difficult given the less stable legislative leadership, and the more dominant role of the interest groups in the process.

And Brown’s first stint as governor was not always a love fest with the Legislature. Despite overwhelming control of both chambers by his own party, Brown had 12 vetoes overridden. In fact, he is the last governor of either party to have experienced a veto override. He could have very rocky relations with an unwieldy Legislature, especially if he is forced to take draconian steps to balance the budget.

Californians who are concerned about the dire state of our once Golden State wish Jerry Brown 2.0 well. But he is probably in for the shock of his long career when the reality of the structural and operational changes in the Legislature becomes clear.

Tony Quinn is co-editor of the California Target Book and was on the Republican legislative staff during Gov. Jerry Brown’s first administration.

Garry South is a longtime Democratic strategist who ran Gray Davis’ 1998 and 2002 gubernatorial campaigns, and was senior political adviser to Gov. Davis.

• There were dozens of experienced legislators who had served for decades.

• There were no campaign spending limits. Vast amounts of money were handed out, allowing legislative leaders to keep members in line.

AS BROWN BEGINS HIS NEW TERM

• The imposition of term limits in 1990 has radically changed the faces and realities of the Legislature.

• Campaign spending limits under Proposition 34 have shifted the balance of power from legislative leaders to special interests with money to burn and axes to grind.

• Brown will be facing the increased polarization of California politics.