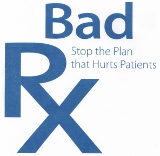 In 2013, the Cooperative of American Physicians hired Garry South to help devise a comprehensive strategy for defeating Proposition 46, which was on the November 2014 ballot. This measure was designed and funded by the trial bar, with the purpose of quadrupling the limit on so-called “pain and suffering” (non-economic) damage awards in medical malpractice cases – a longtime goal of trial lawyers who specialize in suing medical practitioners. The existing limit on these awards was established in 1975, in the Medical Injury Compensation Reform Act (MICRA), to address an epidemic of lawsuits against physicians and hospitals, and the resultant skyrocketing medical malpractice insurance rates that were forcing doctors to close their doors or move out of California. Raising the “pain and suffering” caps by more than four times would have been especially damaging just as the Affordable Care Act was kicking in, and given the uncertainty created by its uneven early implementation.

An unusually large and diverse coalition was built to fight off this measure, with the Cooperative of American Physicians as a major funder and decision-maker. Garry South worked with the organization to devise messaging points to enlist the active opposition of the more than 12,000 medical doctors who are members of the group, including creating the slogan “Bad RX” to encapsulate the arguments against Prop. 46. On Election Day the voters affirmed the No on 46 campaign’s strong arguments against the measure, delivering a crushing 33-67% defeat.