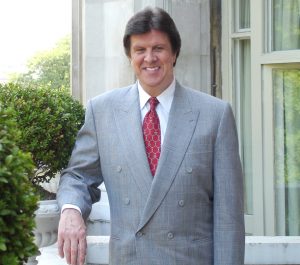 The UCLA Library recently announced it has added a collection of election campaign documents from a former California governor to its archive of political documents and materials.

An assortment of videos, study groups, research, correspondence and other documents from the gubernatorial campaigns of former Gov. Gray Davis has been donated by his former campaign manager Garry South.

The collection will be stored in the Southern Regional Library Facility on UCLA’s campus. It can be accessed in the Young Research Library reading room upon request, and is in the process of being digitized, so students around the UC system can access a portion of the collection by the fall.

Collections such as South’s can be valuable for students and researchers within various disciplines, said Tim Groeling, chair of the communication studies department who specializes in political communications.

“Studying elections is historically important,” Groeling said. “Behind-the-scenes material gives you an idea of how people were attempting to appeal to the public and what strategies they used.”

South said he hopes the materials will open up a window to the inner workings of a political campaign. His decision to donate to a University of California school was influenced by Davis’ past as a voting member on the UC Board of Regents, while Davis was lieutenant governor and then governor. Davis was not available for comment as of press time.

Convenience and proximity was a factor in choosing UCLA, said South, who lives in Santa Monica.

Until now, he had been storing the documents ““ contained in 55 boxes ““ at his own expense in a climate-controlled storage facility. They had been there for more than 10 years, he said.

“The reason I waited 10 years was because I thought it was a respectable time to wait,” South said.

South said that without central depositories for documents or materials, it is rare to have such an extensive collection after an election campaign. He added that with the use of computers, it is less likely that campaigns will use and preserve hard copies of correspondence or other campaign documents.

The collection will include television advertisements made for the campaign that were not aired during the election season. Preparatory research on Davis conducted by his staff and personal campaign correspondence will also be included.

South said he ultimately wants the collection, which is being presented in its entirety, to remain intact.

“I am a historian at heart. Once these documents are thrown away, they do not exist anymore,” South said. “Nothing has been taken out. (UCLA is) seeing everything.”