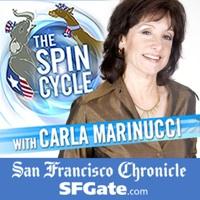 California Republicans who are clinging to the notion of winning at least one statewide race in 2014 — that of Controller — are about to have their hopes cruelly dashed in the ruthless analysis of Garry South, the take-no-prisoners Democratic strategist.

South, the type of strategist who can recall turnout figures for Assembly races back in 1988 and candidates’ foibles of all shapes and sizes going back to the Dark Ages, entertains Golden State political junkies this week with his point-by-point-by-point take down of the Controller’s race. In particular, he takes a look at the GOP candidate who has been widely praised as one of the state Republican Party’s brightest stars, Fresno Mayor Ashley Swearengin. 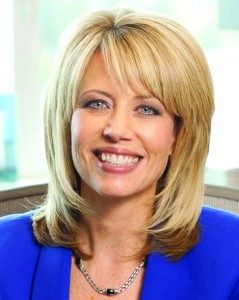 Swearengin came in first in the race for California State Controller, with 24.8 percent of the vote. The second place race was a nail biter until this week, a final count showed DemocratBetty Yee edged ahead of former California Assembly Speaker John Perez by 481 votes, a feat that will get her into the November general election with the Fresno Mayor.

We note that Swearengin, in her appearance before the Chronicle ed board, was a formidable, impressive force — one who showed excellent, A-list communications skills and political saavy.
And we’ll happily allow state GOP chair Jim Brulte, her supporters and team a full comeback opportunity on this July 4 weekend reading:

RE: Unsolicited Analysis of the 2014 Controller’s Race

In one of the closest candidate elections in California history, Betty Yee outpolled fellow Democrat John Perez by only 481 votes for the second spot in November’s top-two run-off for state Controller. An objective analysis will show Yee is the better Democrat to face off against Republican Ashley Swearengin, mayor of Fresno, and is the heavy favorite to become California’s next Controller.

A total of 4,039,375 votes were cast in this race. The three Democrats (yes, there was another one besides Yee and Perez, Tammy Blair, who got 200,532 votes) and the Green candidate combined received 54.1% of the total vote – in a low-interest, low-turnout primary in which GOP voters were overrepresented. Swearengin and fellow Republican David Evans combined received 45.9%. Yee beat another Democrat who vastly outspent her and had major organizational support, including much of labor. Swearengin only beat political-unknown David Evans by 150,000 votes, despite spending on mailers and TV, while Evans spent $600 and had no campaign. With Gov. Jerry Brown probably a 60-65% winner at the top of the ticket, and higher Democratic and minority turnout in November, it is highly unrealistic to suggest Swearengin has a shot at 50.1% of the vote against Yee. 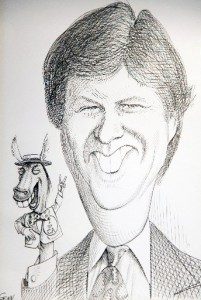 Garry South, also known as “The Mouth From the South”

On a historical note, the last time a Republican was elected controller was Houston Flournoy in the 1970 Reagan sweep. Since then, five Democrats have served in the office continuously – Ken Cory, Gray Davis, Kathleen Connell, Steve Westly and John Chiang. Labor, which heavily supported the unsuccessful Perez in this race, has some making up to do with Yee, and will not let the controller’s office go Republican if they can help it, partly because of the Controller’s critical seat on both the CalPERS and CalSTRS boards.

Swearengin does not have even the potential marginal advantage of being the only woman on the GOP ticket, given that Yee is also a woman. And neither would be the first woman Controller, since that was Kathleen Connell, first elected 20 years ago, so no historical claim that can be made.

Parenthetically, one can also consult former state Sen. Tony Strickland about how hard it is to beat a highly qualified Asian Democrat for Controller in a general election. Strickland was the GOP nominee against current Controller John Chiang in both 2006 and 2010, and never came close to being competitive, losing to Chiang 50.7-40.2% in ’06, and by nearly 20 points in 2010. At least partially, this is because electoral analysis has shown a certain number of Asian American voters will cross party lines to support an Asian-surnamed candidate. In the 1998 open primary for U.S. Senate, Asian Democrats helped then-Treasurer Matt Fong win the open Republican primary over Darrell Issa. And how else to explain Leland Yee’s nearly 400,000 votes – and third-place finish – in the June Secretary of State primary, other than Asian voters searching for an Asian name? Yee was indicted weeks before for corruption and gun-running in an FBI sting, was suspended from the Senate, and even suspended his campaign (but too late to take his name off the ballot).

Why is (Betty) Yee a better general-election candidate than Perez? Several reasons, all of them quantifiable. First, Yee has been a member of the State Board of Equalization, the state’s tax authority, for 10 years, representing a district (1) that encompasses 21 of the state’s 58 counties, one-fourth of its population, and the entire high-voting Bay Area. Originally an acting member, Yee won election in 2006 with 65% of the vote, and re-election in 2010 with 63.1%. Perez, on the other hand, although a powerful figure as Assembly Speaker for more than four years, has been elected three times in only one Assembly district out of 80 – and the one with the third-lowest number of registered voters, only 148,521. The fact that Perez only beat Yee by 4.8% in his own, heavily Democratic home county – where she has never appeared on the ballot before – is additional evidence that he is hardly an electoral behemoth in his own backyard.

Second, Yee, like John Chiang before her, has impeccable credentials to be the largest state’s chief financial officer. As former Deputy Director of the Department of Finance, combined with her decade-long tenure on the Board of Equalization, including serving as Chair, Yee’s experience meshes well with the duties and responsibilities of the Office of Controller. (John Chiang was also a sitting member of the BOE when he was elected Controller in 2006.) Having a master’s degree in public administration is also a worthy credential. Both Perez and Swearingen tried to sell the fact that they had balanced budgets (he the state’s, her Fresno’s) as a qualification, but that frankly is largely a conceit. The Controller actually has nothing to do with balancing the state budget, that’s the Governor’s and Legislature’s job. It is the Controller’s job, to the contrary, to manage the state’s cash flows and reserves so that expenditures can be paid that are authorized by the budget.

Third, unlike Perez (and like John Chiang), Yee has never served in the Legislature, and therefore does not bear the burden of that body’s low approval ratings. The highly respected Field Poll, in a survey released June 27, showed 47% of respondents had a negative view of the Legislature, vs. 35% with a positive view. Even among Democrats, only 50% had a positive view of the heavily Democratic Legislature. In the History Repeats Itself Department, Chiang also beat a much-better-funded, sitting legislator in the 2006 Democratic primary for Controller, Orange County state Sen. Joe Dunn, a trial lawyer favorite. 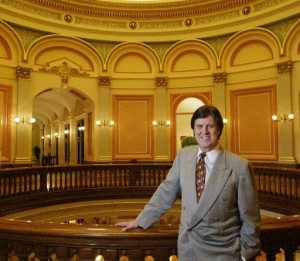 So when you hear the inevitable spin from Republicans about how Ashley Swearengin is a truly viable candidate in the general election (arguably the only one they probably have) – she finished first in the primary, she’s mayor of a major city, she’s a moderate, she’s an attractive, media-savvy candidate, blah, blah, blah – compare it with the actual metrics and history of the race for Controller going back 40 years. I hate to burst anyone’s bubble, but this ain’t happenin’ for Swearengin.